This is My First DWI. What Should I Expect? 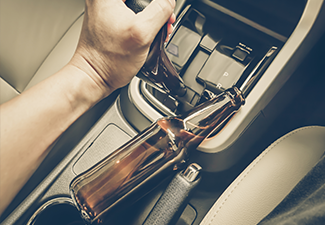 While all drivers are aware of the dangers of operating a vehicle while impaired by alcohol or drugs, many still get caught driving under the influence. However, everyone makes mistakes. It is important to understand what you should expect if you have been charged with DUI/OVI in Ohio.

If this is your first DUI/OVI, you may think that you can escape punishment or that the penalties will be mild. You may still face harsh penalties, even if it is your first-time DUI/OVI in Ohio. You need to get in touch with a criminal defense attorney to help you fight back against the charges and seek to avoid severe punishment.

Don’t face any kind of OVI charge alone. Attorney Douglas A. Ball can thoroughly examine the facts of your case and help you understand the possible consequences of your first-time DUI/OVI in Ohio. Douglas A. Ball, who has an office in Batavia, Ohio, will help you navigate the legal system and advise you on your best course of action to pursue the most favorable outcome possible.

In the state of Ohio, DUI and DWI are referred to as OVI, which stands for operating a vehicle under the influence. Thus, DUI, DWI, and OVI refer to the same thing: driving while impaired by alcohol or drugs. You can face OVI charges in Ohio if you operate a vehicle:

When police have probable cause, they can pull you over on suspicion of drunk driving. Once a police officer stops you, they may ask you to submit to a field sobriety test. However, you have a right to refuse to take a field sobriety test in Ohio. Keep in mind that the same cannot be said about chemical tests.

Under Ohio’s implied consent law, you are required to comply with the officer’s request to submit to a blood, breath, or urine test. If you refuse to comply with a lawful request for testing, you can face serious penalties.

The Process You’ll Go Through for a First-Time OVI

Regardless of whether it is your first-time OVI or you have been charged with drunk driving in the past, the process will be relatively similar. If the officer has reason to believe that you are operating a vehicle under the influence of alcohol or drugs, they will most likely detain you and take you to the police station.

At the station, you will be asked to submit to chemical testing. Remember: under Ohio’s implied consent law, you are required to comply with the request. Otherwise, you may face serious penalties for the refusal. If you are held in jail, you will have the opportunity to post bail to be released.

During the entire process you go through for a first-time OVI, it is best to assert your right to remain silent and avoid incriminating yourself. In other words, do not answer incriminating questions until you consult with an attorney. At the arraignment, you will have the opportunity to plead guilty, not guilty, or no contest. At this point, you should have a skilled DUI/DWI attorney on your side to advise you of your options and prepare for the arraignment well in advance. Don’t wait to reach out to an attorney for guidance.

Possible Penalties for a First Offense

Penalties for a first-time OVI in Ohio depend on your BAC level at the time of the arrest. Generally speaking, penalties for operating a vehicle under the influence are less severe for those with a BAC level of less than .17%. Nonetheless, even low-level OVIs in Ohio may be punished by a jail sentence and probation.

If you are facing OVI charges for the first time, hire a knowledgeable attorney to defend you against the charges and seek to avoid tougher penalties. Attorney Douglas A. Ball can assist you through your first offense OVI to get the best possible outcome for you and your future.

Work With an Experienced Attorney

While a first-time OVI may not seem that serious, it carries a range of penalties, including jail time. Attorney Douglas A. Ball can help you fight back against OVI charges to minimize the potential penalties or get them dismissed altogether. Douglas A. Ball represents clients facing DWI/DUI/OVI charges in Batavia, Ohio, and throughout Warren, Hamilton, Brown, Clermont, and Batavia counties. Contact Douglas A. Ball Attorney at Law to schedule a case evaluation.