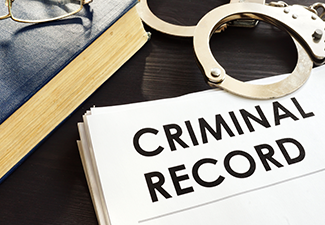 If you have concerns about how your criminal record might affect your custody rights, consult with a knowledgeable lawyer. Douglas A. Ball Attorney at Law assists parents in obtaining custody of their kids in Batavia, Ohio, and surrounding areas, including Brown County, Clermont County, Hamilton County, and Warren County. As a child custody lawyer, Douglas A. Ball has the necessary experience and skills to fight for you regardless of whether you have a criminal background.

Although Ohio courts recognize the importance of having both parents in children’s lives, they do not grant custody rights to both parents automatically. Instead, courts will consider a number of factors when determining custody in order to ensure the best interests of the child are protected.

The factors considered in determining custody in Ohio include, but are not limited to:

As you can see, although a criminal record can play an important role in determining child custody, judges will also consider many other factors when deciding a custody arrangement.

Effects of a Criminal Record on Child Custody

When it comes to custody issues, courts are required to make decisions based on what is in the best interests of the child or children involved. This means that having a criminal record may affect the court’s decision regarding parental rights and responsibilities.

A criminal record can have serious implications for one’s ability to obtain legal custody of their children. Depending on the nature and severity of the offense(s) involved, individuals with felony convictions (or certain misdemeanor convictions) may be denied custody entirely, while those with lesser offenses may still face restrictions such as supervised visits or mandatory counseling sessions.

Additionally, it is essential that parents adhere to any and all restrictions imposed by the court related to their criminal records and parent-child relationships. Failure to comply could result in serious consequences, such as a modification of current orders or even termination of parental rights altogether. It is also important that parents keep their records up-to-date and disclose any new arrests or convictions promptly so that the court can take these into account when making decisions about custody or visitation rights.

If you were convicted of domestic violence, you might need to worry about the potential effect of your criminal record on your ability to get custody rights. Ohio law requires courts to consider parents’ domestic violence convictions when making custody determinations.

A domestic violence conviction may cause a judge to limit parenting time or even deny custody altogether. However, as mentioned previously, whether or not a conviction – including domestic violence – can affect child custody depends on what is in the child’s best interests.